IT Systems Engineer (M.Sc) & Design Thinker with a passion for embedded systems, microcontrollers and human computer interaction. I love to work on complex end-to-end systems involving code and hardware which shape peoples lives. 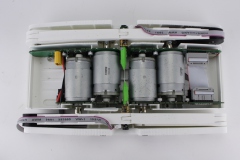 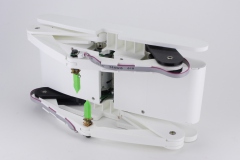 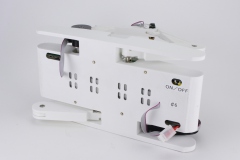 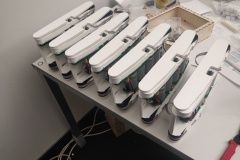 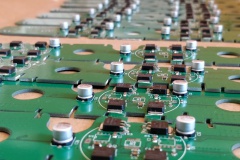 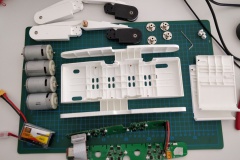 DualPanto is a haptic gaming console for blind people. For my master thesis and as a research assistant I: 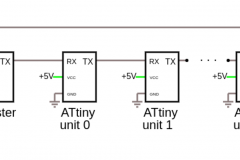 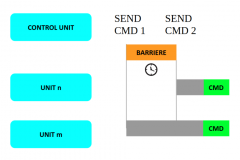 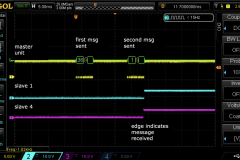 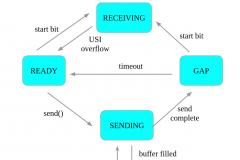 Developed a proof-of-concept daisy-chained ATtiny USI UART communication implementation with timed packages. A popular approach for communicating between ATtinys is using SoftwareSerial. This approach is suboptimal because SoftwareSerial does not make use of the ATtiny USI module, which can make transmission more resource-efficient. Therefore, I developed an ATtiny USI UART implementation which uses the USI module as well as offers the functionality to ensure that different messages sent by a master to multiple slaves are received at the same time. 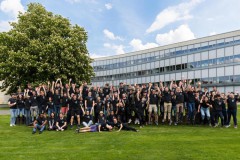 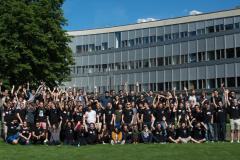 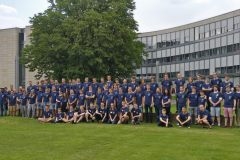 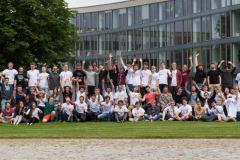 Founded and organized a yearly Hackathon funded by IBM, SAP, Wikidata and others with topics including machine learning, sustainability and health. Led the organizer team, coordinated volunteers and communicated with partners & participants. Developed the concept, raised sponsorship money (8k first year, 20k second year) and managed the budget. Handed over the project after two years and stayed on team as advisor. 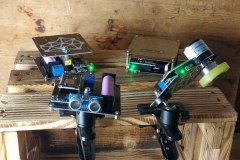 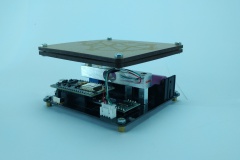 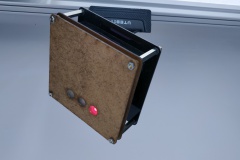 As part of a project aiming to include people with cognitive disabilities in working environments we developed a custom hardware toolkit including portable IoT sensors and actuators based on the ESP8266. Every unit (encoder, LED, distance, scale & generic) automatically connects to a central python server and communicates via a REST API.

I designed the PCBs and developed the c++ firmware.

The work was done for Freigeist, and funded by the Prototypefund (50K funding for public interest tech). 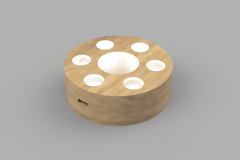 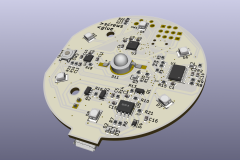 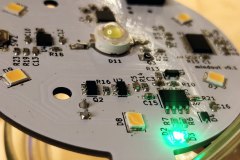 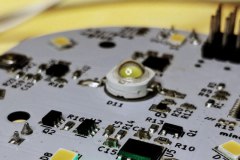 I am writing the firmware using VSCode, uploaded using ST-Link/V2, the compiler is SDCC and the firmware is using a SDCC port of the official STM8s Standard Peripheral Library.

The main challenges are optimising program code to fit in the 8kb of flash, interfacing with the charge pump using the I2C protocol documented in the datasheet and optimising for low power consumption in sleep state. 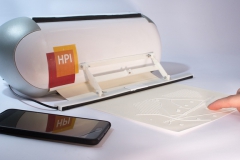 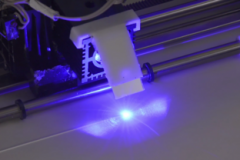 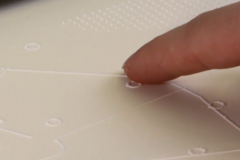 Linepod was developed by me and 4 other students in the bachelorproject. My contribution was writing software for the raspberry pi Bluetooth server inside the device in python, hardware prototyping as well as developing applications for the device in javascript.

Developed a custom light installation for sisyphos-berlin including 20 daisy-chained PCBs over a distance of 20m with ATtinys and powerleds on them which were controlled from a single master microcontroller.

Developed the concept, designed the PCBS and developed the firmware including a custom communication protocol for triggering the light effects. Video coming soon.

Im really happy with this improved layout and rout

This is what happens on an STM8 to initialize a pi

Doing something a little bit different these days:

Patiently waiting for these to arrive from @jlcpcb

flashing and assembly of my latest esp32 gadget (s

This is "stockwatch", a gadget that tracks a given

When you ponder why your fusion360 sketches wont m

throwing together a quick prototype for some esp c

after too many hours of frustrating hardware debug

my parts and I patiently waiting for the pcb so th

daisy-chainable PCBs for lighting fixtures with a

IOT Units I designed for freigeistlab. The purpose

I tried out using a lasercutter to create a PCB I